An increasing number of auto manufacturers are equipping vehicles with technology designed to prevent rear-end car accidents, which remain one of the most common types of accidents nationwide, particularly due to distracted driving. 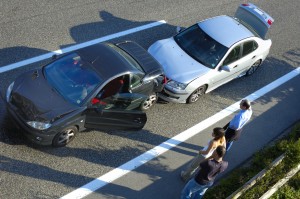 An estimated 40 percent of all car wrecks are rear-end collisions, according to the National Highway Traffic Safety Administration (NHTSA). Rear-end car accidents result in thousands of injuries every year, including whiplash, a type of neck injury often caused by the violent forward, backward motion of the neck in rear-end crashes.

Speeding and distracted driving often contribute to rear-end motor vehicle accidents. That's because drivers going too fast or not paying attention do not have enough time to stop to avoid an accident. In recent years, drivers texting or talking on cellphones have been a top contributing factor.

Fortunately, recent crash prevention systems installed in vehicles have started to reduce the number of rear-end accidents in vehicles equipped with such technology, according to a recent study conducted by the Insurance Institute for Highway Safety (IIHS).

An estimated 40 percent of vehicles manufactured this year will be equipped or will give consumers the option to have such warning or braking systems installed in a vehicle, according to Consumer Reports, which supports having all vehicles equipped with such safety measures as standard equipment.

Older vehicles without such warning systems can also be equipped with them. Many companies are creating devices that can be installed in existing vehicles to warn drivers or brake automatically in order to avoid a rear-end car accident.

What can drivers do to avoid a rear-end collision?

The cost of such accident warning systems is expected to come down in the next few years. Currently, such devices or warning systems can cost hundreds or thousands of dollars. However, drivers can take steps to avoid being involved in a rear-end collision even without such technology. Always leave a safe driving distance between the vehicle in front of you and your car. We recommend leaving two to three seconds between vehicles or perhaps even longer depending on weather conditions. Driving within the posted speed limit and focusing on driving are other important ways to avoid colliding into another vehicle in front of you. This includes not texting while driving, which is against the law in Kentucky.

If another driver crashes into the rear end of your vehicle in Kentucky, schedule an appointment with our law firm. Our experienced attorneys can help you hold the other driver accountable for his or her actions. Call (866)733-7575 or contact us online right now.