Why are Traffic Fatalities Still High Despite Advances in Safety Tech? 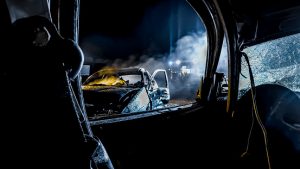 While Kentucky skies are not filled with flying cars just yet, automotive safety technology is advancing every day. From the beginnings of vehicle-to-vehicle communication and self-driving cars, to automatic emergency braking, driving can only get safer, right?

A National Highway Traffic Safety Administration report states that 37,000 people died on roadways across the United States in 2017, down slightly from 2016 but up significantly from the historical lows reported in 2011. The National Safety Council puts the number of annual deaths even higher, at 40,000.

Consumer Reports investigated why the number of traffic fatalities hasn’t dropped significantly given the technological advances in safety and analyzed what is needed to save lives with better cars, roads and drivers. They reported three main reasons:

The auto industry supports continued efforts to improve crashworthiness and overall vehicle safety, according to Wade Newton, a spokesman for the Alliance of Automobile Manufacturers. He says customers could benefit from technology faster if compliance were voluntary rather than mandated through a typically lengthy rulemaking process.

Antilock brakes, electronic stability control, and lane departure warnings are examples of lifesaving technology that automakers introduced on their own, Newton pointed out.

“Automakers compete with one another to produce the safest vehicles,” he said.

A poorly designed road can escalate a small error into a fatality. Traffic engineers know that a minor change in the sweep of a curve or an unclear road sign can have an impact on safety. For this reason, dozens of cities in the U.S. are completely rethinking road design with safety top of mind.

In the U.S., there are about 12 roadway deaths per 100,000 people, according to the World Health Organization. In much of Western Europe, it’s under five. In Sweden, it’s less than three.

Driver mistakes, including drunken driving, speeding and failure to wear a seatbelt, are major contributors to crashes and fatalities on the road. These behaviors contribute to about 10,000 traffic deaths each year.

Safety advocates said the solutions are well-known. Seat-belt use, for example, is higher in states with strong enforcement. States with tougher drunken-driving laws have lower death rates. Most states ban drivers texting, but the laws don’t capture other ways people use their phones. The NTSB has called for a ban on the use of handheld devices while driving.

The fight to lower the death toll largely plays out in state capitals, and the political will needed to enact proven solutions isn’t always there.

If you or a loved one was injured or killed in an car accident, you need an experienced Louisville attorney on your side who will leave no stone unturned. Attorney Aaron Whaley will work tirelessly to find out what caused your crash and fight to hold negligent parties accountable. Contact The Whaley Law Firm today to learn more.