What Passengers In Louisville Should Know About Limo Accidents 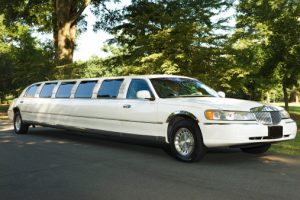 On average, limousines can carry anywhere from 15 to 20 passengers. They often provide a safe and luxurious mode of transportation for special celebrations in Louisville. But when there’s an accident, limousine passengers can be seriously or fatally injured.

A limousine accident in Schoharie, New York that recently killed 20 people is an example of operator negligence. After blowing through a stop sign, the limo crashed into a parked SUV – killing two pedestrians and 18 vehicle occupants, including the driver.

Two factors were discovered during an investigation by the National Highway Traffic Safety Administration (NHTSA):

The limo company operator was arrested and charged with criminally negligent homicide. Not only did he fail to ensure the safety of his vehicles, he reportedly hired a driver who wasn’t properly licensed.

When The Worst Happens, You Can Count On Us

Between 2012 and 2016, there have reportedly been 12 deaths involving limousines in the US. Those who own and operate limousine companies must adhere to strict state and federal regulations. When they continue to put their vehicles in service when it is not safe to do so, they are breaking the law.

If you or a loved one was hurt in a crash involving a limousine, it’s important that you speak to a highly skilled Louisville auto accident attorney with a wealth of legal knowledge and experience handling these types of claims. We’ll investigate your limo crash and find out where negligence occurred.

Contact The Whaley Law Firm today to schedule a free, no-obligation consultation. We work on a contingency fee basis, which means you pay us nothing unless we win.