Sharing the road with motorcyclists 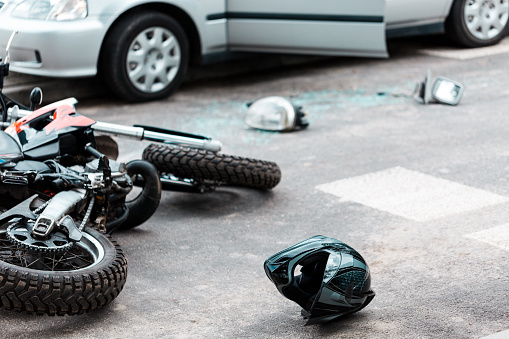 A recent fatal motorcycle accident in Louisville serves as a tragic reminder of just how vulnerable riders are, and how drivers need to do their part to share the road.

The crash happened around 3 p.m. on Friday, June 25, 2021, when the operator of a pickup truck going south on Dixie Highway turned left onto Pendleton Road and entered the path of the motorcyclist traveling in the opposite direction, according to WDRB.

The truck struck the 43-year-old male motorcycle rider, who Louisville Metro Police say died at the scene. Police say both a passenger on the motorcycle and the operator of the pickup were taken to hospitals to treat non-life-threatening injuries.

Motorcyclists are the most at risk on the road

Motorcycle accidents are more likely to result in injury or death than car crashes because riders lack the protection of an enclosed vehicle and generally move much faster than most motor vehicles. On top of that, motorcycles lack the structural integrity and advanced safety features that cars and other standard motor vehicles have.

According to the National Highway Traffic Safety Administration, in 2019 there were over 5,000 motorcyclists who died in crashes. Complete crash data is not yet available for 2020, but the fact remains that those who ride motorcycles are the most at-risk of being involved in a fatal crash. For example, there are about 5 million reported crashes involving motorcycles every year, and about 10% of those accidents lead to death.

However, there are things you can do to reduce your risk of suffering severe injuries or dying in a motorcycle accident, such as wearing the right protective gear. And when it comes to motorcycle safety, the helmet is king.

Make no mistake about it. The most important piece of safety equipment that any biker can have is a helmet. It's the only thing that can protect you from suffering a severe or fatal head injury, and it just might save your life if you get hit by a car or you're forced to dump your bike to avoid a collision. In fact, it's estimated that motorcycle helmets reduce the risk of death in a crash by as much as 37%.

Along with a helmet, you should also consider wearing:

Even if you wear the right gear and ride your motorcycle safely, it won't prevent an accident if another driver cuts you off, runs a red light, or blows through a stop sign. The reality is your safety as a motorcycle rider largely depends on the actions of other drivers.

Our law firm fights for injured riders in Kentucky

If you were injured or a loved one died in a motorcycle crash caused by someone else, it's critical that you know your legal rights and options. Concussions, traumatic brain injuries, broken bones, spinal cord damage, burn injuries, road rash, and leg injuries are all common in motorcycle wrecks, and if you're not careful, you could end up having to pay out of pocket for medical treatment and other accident-related expenses.

Let an experienced motorcycle accident lawyer aggressively advocate for your best interests and fight for every dollar you deserve. See how our law firm can help you, and contact us today for a free consultation. Our office is located in Louisville, KY, and we would be honored to speak with you about your potential legal case.