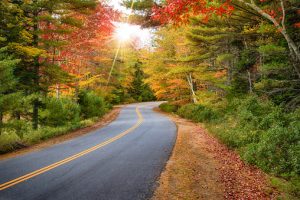 Drivers face crash risks on the roads of Kentucky every day. With appropriate safety measures, all roadway users can effectively mitigate their risk of being involved in an accident, and the severity of injuries which are sustained in an accident. New research provides valuable insight into specific factors for traffic accidents.

Rural Accidents Are More Fatal - But Why?

The Centers for Disease Control and Prevention recently reported on the findings of a study into accidents rates in rural verses urban areas. This study reported that, in 2015, only 19% of the population of the United States lived in rural areas, yet 57% of motor vehicle deaths reported that year occurred on rural roads. The number of crashes in urban areas was found to be higher, but rural accidents were far more likely to cause fatal injuries. This was found to be related to seat belt use. Seat belt use was reported to be highest in urban counties and lowest in rural counties, and a significant trend was discovered by which seat belt use decreased as the rural landscape of the area increased. Seat belt use was also higher in primary enforcement states (in which failure to use a seat belt is a separate offense for which an officer may stop and cite a driver) than secondary enforcement states (in which an officer may only cite a driver for failure to use a seat belt after another violation has been observed).

High speed was also found to occur more frequently in rural accidents. This is another known risk factor for fatal car accident injuries: according to the World Health Organization, an injury victim is twenty times more likely to die in an impact at 80 kilometers per hour than in an impact at 30 kilometers per hour. Consumer Affairs reports that speeding-related fatalities are more than three times more likely to occur on local roads than on highways. And indeed, this finding was corroborated by the CDC study, which also found that speeding was more likely to occur in rural areas.

The reality is almost all crashes are preventable. Most are the result of driver negligence, which is the failure to uphold one's duty as a motorist - to use reasonable care to prevent foreseeable harm. That's why it's so important individual motorists take these concerns seriously.

What Louisville Road Users Can Do To Prevent Serious Injuries

Traffic accidents do not only affect drivers. Passengers, motorcycle riders, bicyclists, and pedestrians all face the risk of injury when using public roadways. Simple safety measures can dramatically reduce the severity of injuries which are sustained in an auto accident. The United States Department of Transportation reports that helmet use reduces the chances of sustaining a head injury by 50 percent. It also reduces the chances of sustaining a neck or face injury by thirty-three percent.

Of course, the most direct way to reduce the risk of rural accidents is to accept responsibility for safe driving habits. Seat belt use and speed reduction are more than just effective safety strategies: they are also requirements of Kentucky law (See Kentucky Revised Statutes §189.125 and §189.390).

An experienced Louisville auto accident attorney will ensure that injury victims receive full and fair compensation for all their financial losses.