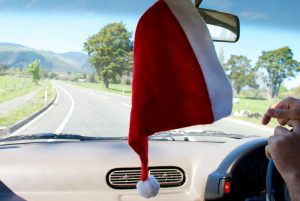 The holiday season brings more drunk drivers to the roads of Louisville. Law enforcement agencies across the country work hard to reduce and prevent holiday DUI injuries. Unfortunately, drunk driving injuries will continue to impact Louisville families. Victims who are injured in an accident caused by a drunk driver have legal rights, both as a victim of a crime and as the victim of civil negligence. A Louisville car accident attorney can help victims assert their legal rights after injuries are sustained by a drunk driver.

According to SCRAM Systems, a provider of various alcohol monitoring systems, the period between Thanksgiving and New Year’s sees a dramatic increase in drunk driving and other alcohol-related offenses. Family dinners, holiday parties, and other events can all increase the temptation to drink and drive. Across the country, law enforcement agencies are preparing for an increase in drunk driving during the holidays. The Sanatoga Post reports that local agencies and the Pennsylvania State Police in Harrisburg, Pennsylvania are preparing their holiday DUI efforts. These include public awareness campaigns, increased patrols, and DUI checkpoints. And in Ford City, Kansas, law enforcement vehicles sport red ribbon magnets to bring awareness to drunk driving. A local law enforcement officer with exceptional service to stop drunk driving is also chosen for recognition every year. According to The Dodge City Daily Globe, these efforts are part of a larger DUI Holiday Drive for Victims. The Drive aims to thank law enforcement agencies for their contributions to reducing drunk driving, increase public awareness about the prevalence and dangers of drunk driving, and remember victims of drunk driving.

Repeat offenses are a problem for many DUI defendants. WHAS 11 reports on one Louisville defendant with eight DUI convictions. Now, in the midst of his first prison sentence, he appeared before a Jefferson County judge to request probation. The defendant claimed that he “now knows he could have hurt somebody,” and his wife told the court that he would “never do this again.” In response, the prosecutor pointed out that there is nothing anyone can say or do to prevent him from driving while drunk. “Nobody can assure this court or community that he’s not going to [drive while drunk] again,” the prosecutor argued.

Wave 3 News reports on another Louisville repeat DUI offender. In 2007, this woman was charged with murder after she drove while intoxicated, killing a man. She pleaded guilty to manslaughter in exchange for a ten-year prison sentence. Now, in 2017, she has been indicted in another drunk driving accident involving three vehicles. And in Lexington, an attorney was struck and killed by a drunk driver with nine previous DUI convictions. According to WKYT, the man was sentenced to 35 years in prison after a judge denied his request to withdraw his guilty plea.

Victims of drunk driving have legal rights in both the civil and criminal court systems. With the legal advice of a Louisville car accident attorney, victims will understand their legal rights and be in a better position to protect them.