High-Speed Chase by Police in Louisville Results in Fatal Crash 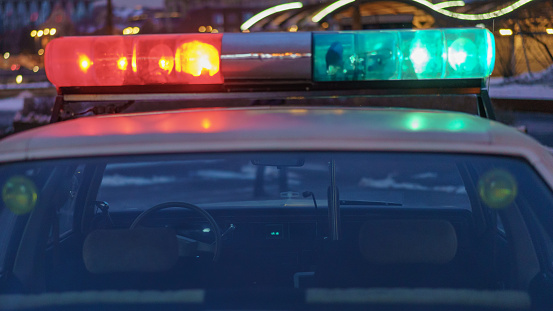 The family of a man who died in an intersection accident in Louisville is suing the city's police department over an officer's alleged involvement in the crash.

Trevon Mitchell, 22, died due to injuries he sustained in an early July 2021 crash at the intersection of Dr. W. J. Hodge Street and Broadway. Mitchell was in a vehicle that was struck by another car that ran through a stoplight going 90 to 95 mph, according to WDRB.

The reason the car was going so fast, Mitchell's lawyers say, is because the vehicle was being chased by an officer in an LMPD cruiser. Louisville Police say that there was little to no chase. In a statement, police say the suspect vehicle refused to stop and fled the area when an officer flipped on his cruiser lights.

"The officers terminated attempting to stop the vehicle shortly thereafter," the statement reportedly says. They say it was the suspect's vehicle that caused the collision.

Louisville Police policy says officers are not to get into high-speed chases over potential traffic violations, but they can give chase in situations where there is suspicion of a violent felony or stolen vehicle. Louisville's policy took on added meaning in 2019 when a Kentucky Supreme Court judge reversed a ban on suing officers. Now, in Kentucky, police can be sued if a third party is injured in a chase.

In Mitchell's case, the situation is already being complicated by mismatched stories and evidence.

Who is at fault?

There have been two major issues with the Mitchell case that have made the situation more complex:

LMPD is being sued by Mitchell's estate and grandmother as well as two of the three people who were injured in the accident.

So far, the LMPD says it made an error in the police report and is investigating which officer was involved in the initial traffic stop. The suspect who fled from police and hit Mitchell is still on the run, as of this writing.

Louisville Police say they will not comment on pending litigation.

How common are high-speed chases?

Police and the people who run from them take many risks in a chase. The intense speed, reckless driving, and other motorists unaware of a wild chase coming their way make the situation exceptionally dangerous for everyone on the road. Typically, the faster a vehicle is going the more likely it is to cause a severe injury in a crash.

Police chases frequently begin with a traffic offense, according to a seminal 2017 analysis by the Bureau of Justice Statistics. About 9% of police chases are due to suspicion of a violent felony, the report says.

About 15% of police chases end in a collision, and three out of four times, it's the suspect who is injured in the crash. More than 20% of police chase crash victims are innocent bystanders.

There is about 1 death per 250 police-suspect car chases.

If you have been seriously injured or a loved one died in a car accident caused by someone else's negligence, you deserve compensation to cover the cost of your damages (accident-related expenses). The problem is recovering compensation isn't always as easy as it should be, and if you're not careful, you could end up paying out of pocket for your medical bills and other losses.

For about 20 years, The Whaley Law Firm has served crash victims in the greater Louisville area by fighting for the compensation they need and deserve. Whether it's through a negotiated settlement or in court in front of a judge and jury, we will aggressively advocate for your best interests and leave no stone unturned as we seek the best possible outcome for your case.

Find out what an experienced car accident attorney can do for you and contact us today to schedule a free case consultation.