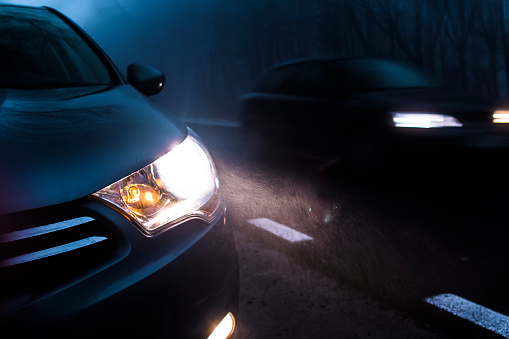 Sometimes, it can take a little nudge for car companies to invest in safety that helps prevent car accidents. With government regulations on headlights stuck in the 1960s, an independent nonprofit applied a little pressure – and it worked.

Rating systems work. They can determine whether your favorite television show is renewed or canceled. They can help decide whether a favorite neighborhood restaurant flourishes or goes out of business. So why not a rating system for headlights?

Forget the notion of relying on federal government standards, which are inadequate and have changed little since 1968. So, in stepped the Insurance Institute for Highway Safety (IIHS). A new study shows its far more demanding program, which began in 2016, is working by actually reducing the number of nighttime crashes.

When headlights earn a good rating from IIHS, nighttime crash rates per mile are nearly 20% lower when compared to vehicles with a poor rating. For vehicles with acceptable or marginal headlights, crash rates are 15% and 10% lower, respectively. Altogether, IIHS researchers rated about 1,000 different headlight systems.

“Driving at night is three times as risky as driving during the day,” says IIHS Senior Research Engineer Matthew Brumbelow, who conducted the study. “This is the first study to document how much headlights that provide better illumination can help.”

And the winners are … consumers

Automotive manufacturers, who highly value the safety awards as a selling point for their vehicles, took almost immediate notice and began installing better headlights on more models. They even made midyear design changes on hundreds of models. The result? Since the IIHS program began, the proportion of headlights receiving a good rating has increased from 4% to 29%.

“Our awards have been a huge motivator for automakers to improve their headlights,” Brumbelow says. “Now, with our new study, we have confirmation that these improvements are saving lives.”

Talk to an attorney if you've been injured in an accident

No matter how careful you are behind the wheel, you have only so much control over your fate. Another motorist, perhaps driving a car with poor headlights, might cause an accident that leaves you seriously injured, out of work, and in severe pain. Keep in mind that auto insurance companies are financially motivated to pay crash victims as little as possible, and if you're not careful, you could miss out on the compensation you're entitled to.

That's why you need an experienced Louisville car accident lawyer to protect your interests and fight for every dollar you deserve.

At The Whaley Law Firm, attorney Aaron Whaley and his dedicated legal team have been helping crash victims in Louisville for years. We know how insurance companies think, how the Kentucky legal system works, and how to build a compelling case for maximum compensation.

To find out how our law firm can help you, contact us today for a free consultation. There are no obligations, and we work cases on contingency. That means no upfront money is required, and you pay no legal fees unless you win. Call us today to learn more.