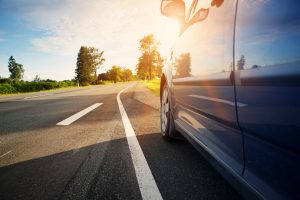 Louisville, KY has become a destination for travelers throughout the Midwest and the South, with museums, horse races, premier restaurants and lush parks. Even summer road trippers passing through often make it a point to stop in Louisville for one attraction or another. Faith-based tourism is growing too, with features like the Ark Encounter in Williamstown expected to drum up 2.2 million visitors each year.

While tourism has become an economic driver, this has meant the actual drivers on our roads face greater congestion and taxed infrastructure. The problems are often exacerbated in the summertime, when families and college students have more freedom and most vacations are planned. AAA estimates more than 1 in 3 American families took at least one vacation last year.

When you're in a Louisville car accident while vacationing or on your way to your vacation, you need to consult with a local injury attorney who is not only familiar with state statutes and case law, but also the important players in local courts. Having successfully negotiated favorable settlements and won sizable verdicts for clients in these arenas, we generally know who to expect, and what to expect. We understand that returning back-and-forth for depositions, independent medical examinations and other requirements may be a challenge, so we work to make the process as simple and streamlined as we can. Our clients trust us to help deliver results.

Kentucky is a no-fault state when it comes to insurance coverage in auto accidents (see KRS 304.39), which means drivers must carry personal injury protection (PIP) insurance to cover their own losses - regardless of fault - up to $10,000. However, if they suffer more than $1,000 in medical expenses, a broken bone, permanent disfigurement, permanent injury or death, they can pursue claims against third parties (such as negligent drivers).

Many of us have great memories of amazing summer road trips, but others may have the kind of memories they would rather forget after a serious collision. Some of the biggest hazards for travelers on Kentucky roads are:

If you have been injured in a car accident in Louisville, our injury lawyers can help answer your questions and guide you through the process of obtaining fair compensation.