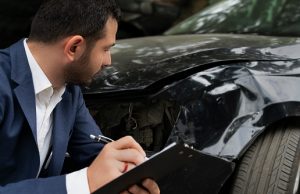 Nationwide, car insurance companies engage in inappropriate tactics designed to prevent accident victims from getting the full compensation they require after a car accident.  Laws have been passed throughout the United States designed to prevent some of the most damaging car accident insurance issues consumers face when auto insurers do not live up to their responsibilities to pay claims. Insure.com reports state laws throughout the U.S. are often created, in whole or in part, based on a model law written by the National Association of Insurance Commissions called the Unfair Claims Settlement Practices Act.

In Kentucky, Code Section 304.12-230 prohibits unfair claim settlement practices. If your insurer or the insurer of the driver responsible for paying your damages engages in any of these tactics, you need to understand your legal rights. The Kentucky Department of Insurance accepts complaints and may conduct a market conduct report when a sufficient number of complaints come in about a particular insurer. Complaints can be filed online. You can also file a lawsuit in many cases, which can force insurers to pay out what is owed to you and sometimes to pay out additional compensation for acting in bad faith when handling your claim.

According to Kentucky's laws on unfair claims settlement practices, insurers are prohibited to:

These are just a few of the restrictions placed on insurance companies in an attempt to curtail abusive practices that can prevent policyholders from getting the money they should receive after a motor vehicle collision.   Crash victims should ensure their insurance companies follow the law and should take action if insurers do not live up to their obligations.