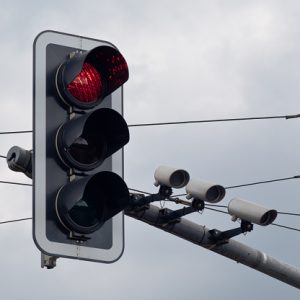 Traffic signals serve a valuable purpose in Louisville and throughout the country – to maintain safety at complex intersections. However, some drivers are in hurry. Some speed up as the light turns yellow. Others ignore red lights altogether.

Drivers who run red lights commonly put the lives of other road users at risk. When an accident occurs, some crash victims may not see it coming.

Red-light runners on the rise

According to an article by The Drive, traffic safety advocates at the Insurance Institute for Highway Safety (IIHS), the American Automobile Association (AAA), Advocates for Highway and Auto Safety, and the National Safety Council are urging communities across the United States to install more red-light cameras.

This combined effort comes on the heels of a 17 percent rise in fatal accidents involving red-light runners between 2012 and 2016. According to statistics:

The local risk in Louisville, Kentucky

IIHS blames the rise of accidents caused by red-light runners on a 21 percent decrease in red-light cameras nationwide from 2012 to 2018. In 2012, there were approximately 533 red-light programs in the US. In June 2018, there were only 421.

The numbers continue to drop. According to IIHS, there are currently 418 communities across the U.S. that have red-light camera programs. Currently, there are no state or city ordinances in Kentucky permitting the use of red-light cameras.

According to an MSN article, 324 people in Kentucky lost their lives due to drivers who ignored traffic signals. This includes approximately 77 deaths in Louisville alone.

In 2016, 811 people were killed across the US. In Kentucky, the death toll totaled 34, with six deaths in Louisville. Additionally, there have been a total of 5,809 auto accidents at intersections with traffic signals in the Louisville area, according to Metro Police.

Catching and citing drivers who run red lights is often difficult for law enforcement, as they may put themselves and other road users in danger while pursuing a negligent driver.

In order to mitigate the risk, law enforcement in Louisville is urging the use of traffic-light cameras. However, the state of Kentucky currently doesn’t allow them. A bill introduced in 2000 to install red-light cameras in Kentucky died on the Senate floor. Since then, numerous red-light camera bills have been filed in the Kentucky General Assembly, but all of them have been turned down.

If you or a loved one sustained an injury due to a driver who ignored a traffic signal, it’s crucial that you speak to an experienced Louisville auto accident attorney.

Contact the Whaley Law Firm today for a free consultation.