Over 50% admit to distracted driving 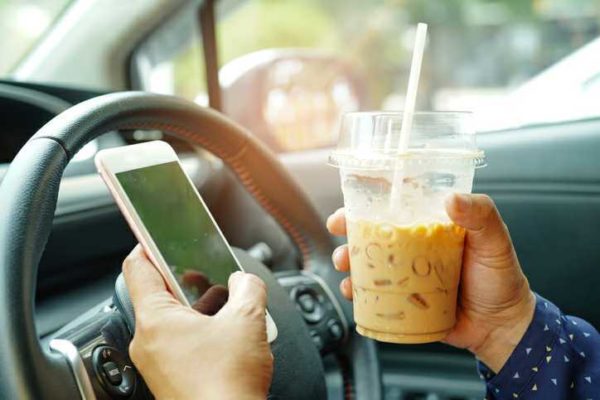 Distracted driving is one of the most dangerous driving behaviors and leads to thousands of serious and fatal crashes each year. There are many drivers who believe that they can get away with sending a text, checking a cellphone notification, or scrolling through social media while driving. They may do it a few times without any consequences, but it only takes one time to cause an injury or death.

In Kentucky, texting and driving is illegal for drivers ages 18 and older. For drivers under the age of 18, all cellphone uses are illegal. This law, which was signed in 2010, is behind the curve in comparison to other states' distracted driving laws that ban all cellphone use for all drivers.

Survey participants admit to driving distracted despite knowing the dangers

Insurance marketplace website The Zebra recently conducted a survey to find out how widespread distracted driving is. Roughly 2,600 drivers across the United States were surveyed about distracted driving. Nearly two-thirds of respondents said that they used a cellphone while driving at some point. Out of those who admitted to using a cellphone:

Drivers in the survey offered justifications for driving distracted. Nearly 82 percent of them said it was OK to use a cellphone as long as it is connected through Bluetooth or another hands-free device. Hands-free use of cellphones is actually legal in many states and construed as a safer alternative to holding or handling a cellphone.

When it came to handling a cellphone:

Not all distracted driving involves cellphones

The study also found that distracted driving isn't just limited to cellphones. In the survey:

How can distracted drivers in Louisville be held accountable when they cause a car accident?

Everyone has a duty to stay attentive on the road, but when someone's injury or death is caused by distracted driving, the responsible party can be held accountable. If you or a loved one was injured in a distracted driving crash, get an experienced Louisville, Kentucky car accident attorney on your side to investigate the at-fault driver and help you build a strong legal claim.

Our legal team may be able to gather evidence of distracted driving by:

To find out how we can help you get the compensation you need to cover your crash-related losses, contact The Whaley Law Firm online. Our legal consultations are free of charge and confidential.